Health benefits of the family pet

Okay kids, this one’s for you. While your mom and dad are distracted, let’s get you that puppy of your dreams. Here’s everything you need to know to convince mom and dad that a playful pet is really the best thing they can do for your health.

Your dog and your health.

Believe it or not, a study in Sweden proved that owning a dog were less likely to die from cardiovascular disease and other causes even when age, body mass and socioeconomic status were taken into account. Studies from around the world have known that people who live alone usually have shorter lifespans but those who lived with a dog had a 33 percent lower risk of death than those without. 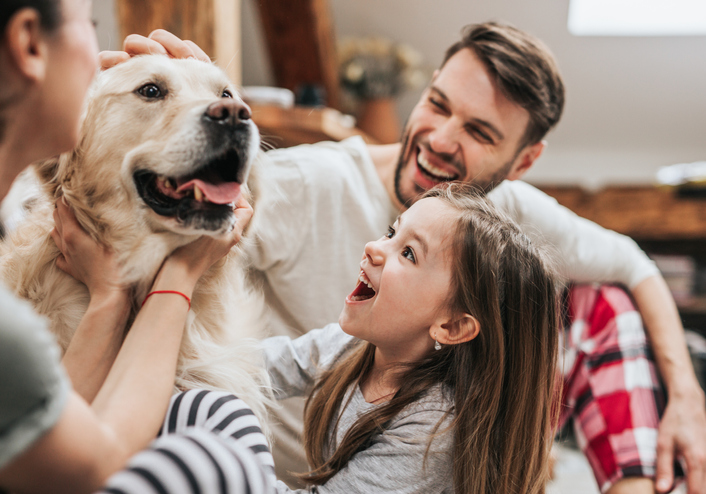 We’re seeing dogs in airports, at schools and in our offices for one very good reason:canine companions are known to lower stress levels. One study of 246 college students found that those who had an opportunity to snuggle a pup were feeling happier and less stressed after. More impressively, that same group of students were still experiencing lower stress levels and fewer negative thoughts 10 hours later when compared to the students that didn’t get dog time.

All dogs deserve good walks. It’s that simple fact that leads scientists to understand why studies show owning a dog is linked to lower blood pressure, reduced cholesterol and decreased triglyceride levels. Being a walking companion also means that when those owners did have heart attacks, they had a much better survival rates.

As adults, it can be hard to make new friends. Studies show that children and adults who live in colder climates or move cities can often feel isolated and alone. Researchers have found that about 40 percent of people who have dogs make friends easier than those who don’t. According to the study, going out for walks even in cold weather and chatting with other dog owners are two big attributes to this uptick in friends.

Recent research has highlighted a big misconception we’ve had fora while: Having dogs and cats around the house can actually lower your child’s chance of becoming allergic to pets. According to The Journal of Allergy and Clinical immunology, studies show that up to 33 percent of kids will benefit from having a dog in their home and actually build a stronger immune system than children who don’t