If you were a pizza-crazed 1990s kid like me, there’s no doubt you remember the salad bars at pizza places: full of dressings, toppings and different veggies your parents were going to make you try. But do you remember what was lining all of it as decoration? The ugly stepsister that we all considered a garnish: kale.

With kale’s 2010 glow-up as inspiration, here are five of the biggest recent food glow-ups and how they became so popular among health nuts and foodies.

Before the kale craze began, the biggest producer of kale in the United States was actually Pizza Hut. They produced kale to line their 15,000-ish salad bars across the country, weaving it in and out of dishes that held the “real ingredients.” 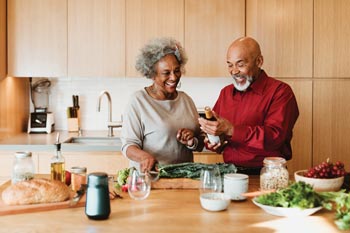 Between 2007 and 2013, kale production and orders skyrocketed nearly 60 percent. Of course, these kinds of jumps in popularity don’t happen without good reason. According to Mind Body Green, Oberon Sinclair, founder of the PR firm My Young Auntie, invented a fake “American Kale Association” as a PR strategy to encourage the country to eat healthier, just because she believed in the cause.

As crazy as it seems, it worked. With all her efforts, Bon Appetit magazine began using kale in recipes in 2009, Dr. Oz in 2010 and Gwyneth Paltrow in 2011, officially starting the sudden interest in kale across the country.

Kale might come from humble beginnings, but don’t let that shadow the powerhouse and “superfood.” Kale is a great way to get vitamins A, K, B6 and C, as well as calcium, potassium, copper and manganese. With only 33 calories per cup, kale is great for digestion and anti-inflammation. While it might seem like just a passing fad, kale is here to stay for those looking to promote liver health and cardiovascular support, among other benefits.

While most of America is still getting over the cauliflower-carb-replacement haze of the 2010s, the newest food fad to hit the cruciferous vegetable roster is Caulilini.

Caulilini was brought to the United States by California-based vegetable producer Mann’s to boost cauliflower’s popularity the same way that Broccolini prompted popularity for broccoli. Similar to its Broccolini counterpart, Caulilini has a long green stem with a “blond” top. It’s often called “baby cauliflower,” but it’s just an Asian varietal, according to Modern Farmer’s interview with Mann’s.

Caulilini quickly took off for its cauliflower-like taste and striking appearance on the plate. It will be interesting to watch as the new vegetable gains or loses traction in the coming months as a test to whether hybrid vegetables are the new best sales tactic.

Caulilini is rich in fiber and vitamins B and C and potassium. Since it is part of the cruciferous vegetable family, it also carries anti-inflammatory properties as well as many cancer-fighting agents. While the nutritional information is clearly nothing to sneeze at, Caulilini is not too different from regular cauliflower, making the decision more about looks and taste versus health benefits.

Another hugely popular 2010s food that seemed to hit the scene out of nowhere, quinoa made a splash when it was declared the United Nations Food and Agriculture Organization’s Food of the Year in 2013. The award and nomination for this honor is a way for the organization to highlight “orphaned crops,” or “unknown and forgotten” foods, around the world. 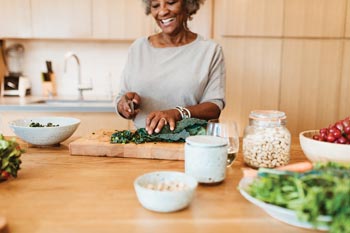 Quinoa is mostly grown in Peru and was seen as a source of income for those farmers. The UN saw a good opportunity to promote an unknown crop, give back and encourage Peruvian farmers to grow more, while stabilizing the production industry in Peru.

While this superfood seems to be an economy-booster as well, many researchers agree that the next step is to focus on biodiversity and
encouraging new types of quinoa to be eaten. The US and UK mainly consume red, white and black quinoa, but there are more than 100 varieties grown in Peru.

Quinoa is the seed of a flowering plant that is prepared similarly to a grain. It’s high in fiber, protein, manganese, magnesium and phosphorus and has a small amount of omega-3 fatty acids. If you’re looking for other popular health fads, it’s important to note that quinoa is gluten-free and high-protein, and has a low glycemic index, which makes it great for people with high blood sugar.

Pork rinds have been picking up in popularity as a low-carb, keto-friendly chip substitute. However, before the 1990s and early 2000s, they were seen as a southern poverty food. Growing up in southern Arizona, I was no stranger to pork rinds, or as we called them, chicharrones.

Chicharrones have been around for a long
time in Spanish cuisine, but they didn’t hit the US until the 1940s. Pork rinds maintained a low-level popularity as a southern comfort
food for many years until the 1990s when President George H. W. Bush declared them his favorite snack. Since Bush hailed from Texas, this of course was no surprise to us in the Southwest, but the pork rind craze quickly swept the nation.

Desire for this salty snack started to dwindle through the early 2000s until the late 2010s, when the new biggest fad diet hit the scene: keto. While the ketogenic diet isn’t for everyone, there is no shortage of people who have tried it, and one of the most popular keto-friendly snacks quickly became pork rinds.

The easiest way to understand the pork rind’s appeal to health buffs is to compare it to some other popular foods. For example, a half ounce (roughly a handful) of pork rinds is 80 calories with nine grams of protein and five grams of fat, more protein than the same amount of shelled peanuts. Pork rinds are also lower in cholesterol than similar protein-dense foods, coming in at 20 milligrams. Where pork rinds tend to lose is in their amount of salt, with roughly twice as much as the same serving size of potato chips.

Monkfish: Time to Dip a Toe or Just Say No?

We’re diving a bit deeper for this one—pun intended. Monkfish might look like the terrifying monster from your nightmares, but it is one of the most popular fish on restaurant menus today. Monkfish—or frogfish—are bottom dwellers that live in the Atlantic Ocean and use their fins like legs to move across the floor instead of swimming in open waters.

These bottom-dwellers were left alone for many years, but recent USDA analyses were released showing their overpopulation, meaning they are a sustainable option for large-scale fishing. Between 2017 and 2019 fishing quotas for monkfish increased due to their abundance. The monkfish craze seems to have been the perfect storm of abundance, marketing initiatives and their lobster-like taste.

Now, with several organizations signing off on their sustainability including the Environmental Defense Fund, Monterey Bay Aquarium Seafood Watch and the National Oceanic and Atmospheric Administration, monkfish are just beginning to hit their stride.

Like any lean white fish, monkfish are a great source of protein and healthy fats. While they aren’t more or less nutritious than similar fish, they still remain a good source of vitamin B, potassium, selenium and phosphorus. When it comes to mercury, monkfish is a long-living fish that does contain moderate amounts when compared to smaller fish, according to the Global Seafoods of North America. However, when compared to larger fish like sea bass, it
comes out on top.