Lavender is much more than just a scent added to candles or bath salts. Today, it’s considered a staple in calming and wellness routines. It’s also commonly used in therapeutic remedies to improve mood and other physical ailments. As for most herbs, the benefits aren’t consistent for everyone, but next time you’re looking to try something new, give lavender a try. Throughout the ages it has been known to

Lavender can be purchased and found in many different forms. Here are just a few:

What You Didn’t Know 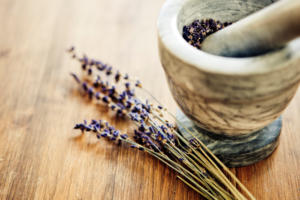