The Science of Better Sleep

Everyone can identify the immediate consequences of a sleepless night—fatigue, irritability and an inability to concentrate on daily tasks. If the problem exists for weeks or months, your health and happiness might take a bigger hit as exhaustion turns into reoccurring sickness and mood disturbances that can linger. If trouble sleeping lasts years or decades, studies now suggest it can result in serious chronic illness. There’s no doubt sleep is vital to well-being, and we all know we should probably be getting more. But, for myriad reasons, it remains complicated for a lot people and tenuous at best for others.

Dr. Gandis Mazeika is the founder of Sound Sleep Health and a sleep medicine specialist, and helps those tossing and turning their way through life. He explains that finding an optimal sleep cycle is a highly individualized process and can vary wildly from person to person. But, finding the right sleep situation is critical to functioning at your best and can possibly add years to your life. Here are his thoughts on how to sleep more soundly.

The most common sleep-related condition is simply troubled sleeping, which means having a hard time falling asleep or repeatedly waking up throughout the night. “These patients’ sleep charts look like barcodes and sometimes can indicate that they are waking up around 20 times a night or more,” Mazeika says. These patients usually feel tired during the day and generally unrested but are often unaware of the specific cause or severity of the pattern.

The second group of troubled sleepers do things at night and don’t remember, like sleepwalking or acting out their dreams. This problem tends to occur more frequently in children but can last into adulthood for some and be quite dangerous if they leave the house or interact with other people.

The third group are those who suffered a psychological trauma or traumatic brain injury. “For most people with moderate to severe trauma, sleep goes down the tubes for a bit and can last for months. For between 20 and 25 percent of these cases, sleep doesn’t return to normal,” Mazeika says. “Sometimes they can’t sleep at all and some sleep too much, 12 to 14 hours a night plus naps.”

The fourth category is those who snore or don’t breathe well while asleep, and this often results in a diagnosis of sleep apnea. This condition can obviously cause poor sleep quality, but also can affect cardiovascular and brain health.

The fifth category is people who have abnormal circadian rhythms. This can be the result of working graveyard or late-night shifts. However, some people who just claim to be night owl-types and stay up until wee hours of the morning often experience symptoms and disturbances.

The last group is made up of those who suffer from extreme sleep disorders, such as narcolepsy or other hypersomnia conditions. These are the most rare, but they can wreak havoc on a person’s quality of life.

Mazeika says all of the groups can end up feeling frustrated and fatigued. But the actual damage caused to the body, especially if troubled sleep persists for years or decades, can be much more serious than a little sleepiness.

More than ever before, scientific research is confirming the large role sleep plays in numerous functions in the body. When sleep is disturbed, diminished or disordered, it can affect virtually every major system.

“If you aren’t getting proper sleep, it can cause you to be forgetful, absent-minded, depressed, anxious, irritable, have decreased physical and mental stamina, lapses of attention, and the list goes on and on,” Mazeika says. And everyone knows that cranky feeling after not getting enough sleep.

But if it continues and becomes a chronic problem, it can have major effects on the nervous, immune and cognitive systems. “Sleep deprivation and At 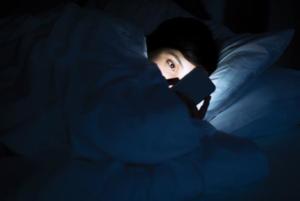 tention Deficit Disorder (ADD) are very similar in the way the present in people,” Mazeika says. That’s far from the extent of the effects on the body though.

In fact, getting adequate hours of deep sleep, more scientists and doctors are starting to believe, can help prevent cognitive disorders such Alzheimer’s  disease and dementia.

“We know there are different purposes for different types of sleep, sleep has stages,” Mazeika says. “The deepest stage of sleep N3 (non-REM stage 3) is associated with a variety of functions, including the brain’s ability to flush itself, like a radiator, to get rid of toxic wastes that have built up during the day. These are toxins like amyloid and tau proteins, which are implicated in Alzheimer’s disease.” He emphasizes to his patients that their ability to get good sleep as they age can mitigate the risk.

This connection between sleep and disease is a relatively new field of study, and Mazeika says there are still some major unanswered questions.

“The biggest question that remains unclear in the field of sleep medicine is how sleep and metabolism interact; what happens at the cellular level and supporting structures, like glial cells, that allows brains to function optimally,” he says. “There are a lot of assumptions, but we haven’t really connected the dots on a cellular level as to how things happen, how the mitochondria recharges during sleep.”

Mazeikas isn’t in a research facility, but says he carefully watches the information coming out of the academic institutions that work on answering those questions so he can help his patients better.

“It’s very interesting that what I call ‘the clean-up crew’ varies in people. I’m fascinated by why some people are able to be recharged after five to six hours and others need eight or nine. For some people, their clean-up crew is very efficient for some people it’s not,” he says.

No matter the severity or type of problem, Mazeikas says there are many things that can help people get better z’s without jumping straight to prescription sleeping pills. And that’s where he is the expert. He is quick to clarify that every patient and their needs are highly individualized. The set of internal and external inputs contributing to sleep is complex and can change drastically throughout your life.

“Sleep can depend on things like what you eat, when you eat, what supplements you take, caffeine and alcohol consumption, recreational drugs, exercise habits (when are you exercising and how intense?), how quiet and dark your bedroom is, do you have a comfortable mattress, what are your bed partner’s habits, pets, small kids. … The list is quite long, and any one of those could conspire against optimal sleep,” he says. “But notice we haven’t reached for prescription pad yet.”

It’s not that Mazeika is against using prescriptions as a last resort, but he says there are many steps in between to consider. Simple things like judicious and proper use of melatonin or light therapy can help alongside other adjustments to mealtimes and various circadian disrupters.

For moderate insomnia sufferers, he sometimes resorts to cognitive behavioral therapy or continuous positive airway pressure (CPAP) machines and dental devices for those with breathing disorders. He will even talk to patients about wearing glucose monitoring devices or lowering carbohydrate intake if he recognizes an insulin resistance in patients, which might prevent them from a solid night’s sleep because it disrupts a whole chain of hormonal reactions in the body. “What and when you eat might seem like a stretch, but it’s intricately tied to what we’re trying to do,” Mazeika says. “Everything you do is.”