The Benefits of Growing Up Bilingual

In 1991, Jenny Tan moved to Seattle from China to pursue a degree in chemical engineering at the University of Washington. Soon, she met her husband and started a family with two children. Since both parents worked full time, they sent the kids to a local day care.

“But I could never really find the ideal place,” Tan says.

For her, a major factor was a full-time bilingual classroom. At the time, she says many schools offered one hour of a second language throughout the day or a few lessons here and there. However, she was on the hunt for a truly immersive program, meaning two languages spoken all day every day. But she had no luck. 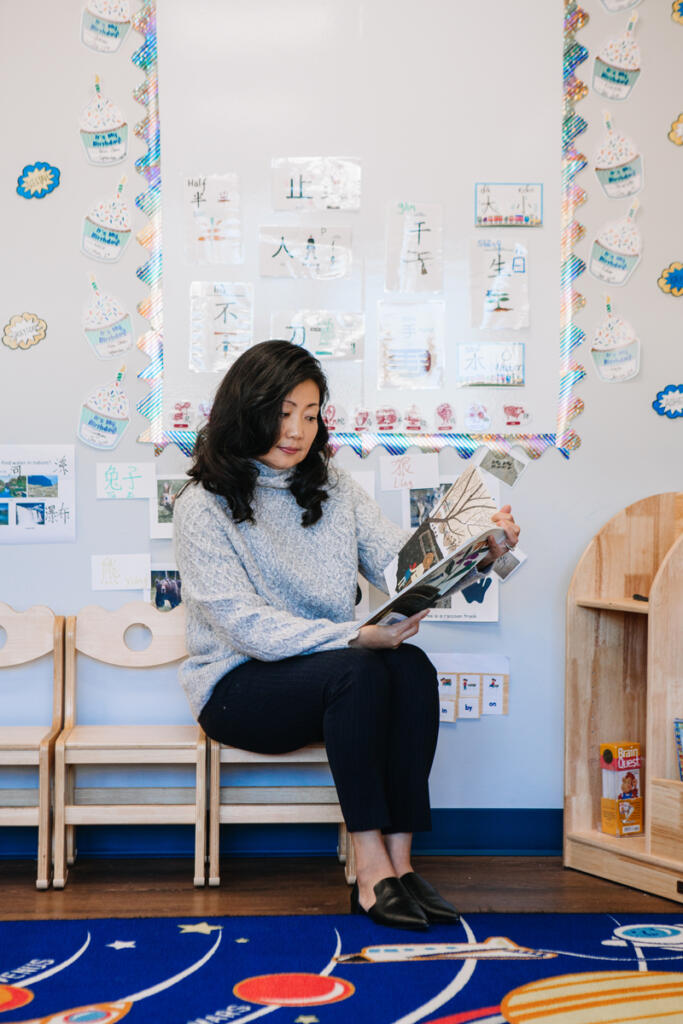 Fast-forward to 2017, her family had the opportunity to develop an investment property in
Bellevue, and a few schools reached out about using the space. “Something just clicked,” Tan says.
“I had fallen in love with the Bellevue community, and realized I wanted to start a school.” So, within a short time, she created Eastside Children’s Academy, a bilingual school that teaches Chinese and English.

“The biggest difference is that I believe in consistency in teaching languages. We have full-time teachers for both languages, and they do circle time in Chinese, they talk about food, talk about music in Chinese. It’s a fully immersive environment versus just a few lessons.”

Prior to the pandemic, with only one year under their belt, the school had 70 children (infants to pre-K) enrolled. During 2020, the numbers predictably dwindled, but Tan says the school is currently operating under strict safety measures so that young children still have a place to learn.

“It’s a great start for young kids, and they will retain the skills for a lifetime,” Tan says. “Kids’ brains develop very fast at ages one, two and three. They are like sponges.” And she is right, study after study confirms the massive benefits of raising bilingual kids. Here are just a few insights.

One of the most significant ways bilingualism affects the brain is cognitive flexibility or fluidity. This means someone who speaks two languages (or more) is better at seamlessly switching between two tasks, or two trains of thought.

Language and culture are closely related. Tan explains that it was very important for her own children to speak Chinese because it connects them to their extended family, history and roots.

Evidence is stacking up suggesting that dementia, Alzheimer’s and other age-related cognitive diseases present less often in the brains of people who know multiple languages. While some researchers predict it has to do with the flexibility created, there are still too few studies to confirm. 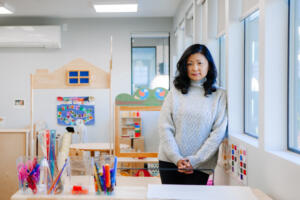 As the workforce becomes more and more globalized, workers with an ability to communicate effectively with other cultures will be highly valued and can even be compensated with higher pay.

Tan would like to personally invite Bellevue Club members to visit Eastside Children’s Academy. If they choose to enroll, they will receive 50 percent off the registration fee.